As guns get faster, clips larger, as people find ways to collect as many of the bloody things as possible and as rules on who can buy guns are flawed and frequently fail, the only outcome available to those who love the 2nd Amendment is more dead children.

That’s just a reality. And a hideous price to pay for any kind of freedom.

According to the small arms survey of 2011, there are around 90 guns per 100 people in the United States. According to Mother Jones, there have been over 94 mass shootings in 35 years, those shootings relate to incidents where more than 4 people have been murdered, the majority of them gunned down with legally held weapons. I’ve linked to Mother Jones as many 2nd amendment loving Americans get upset with mass shootings that have anything less than four dead bodies being included in these things. If we’re going to have mega sodas then we’ll damn well have mega mass shootings too. It’s all about the optics. If I walk into Liverpool One and shoot three people, that’s just a regular shooting, not mass murder, not a mass shooting. Silly you.

The Mother Jones numbers don’t include ‘other gun crimes’ such as robbery or gang-related violence, if you’re unlucky enough to get gunned down in one of those spats, again, sorry, that’s not an indiscriminate mass shooting that meets America’s rigorous standards. The gun folk only really like the numbers to include properly indiscriminate mass shootings, like those that take place at schools for instance.

Sandy Hook claimed the lives of 20 Children and 6 adults. 20 kids.
You would think that Sandy Hook would have been a line in the sand, some kind of marker for change, something so horrible that it stops a nation in its tracks. It’s horrible to see body bags lined up anywhere, but imagine having to fill small body bags with the frail, tiny bodies of children? 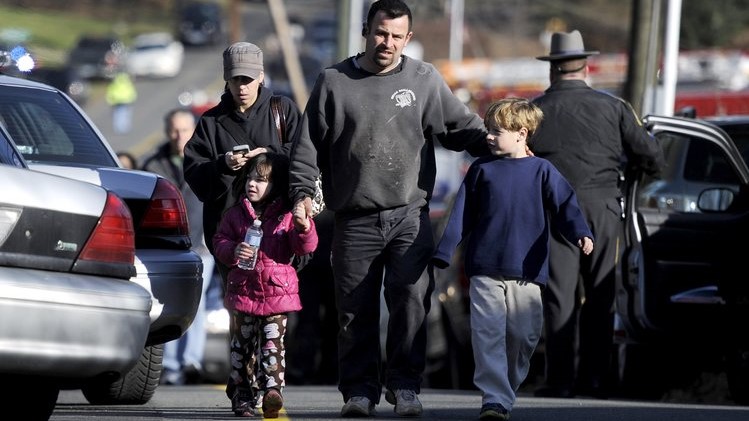 The most recent shooting claimed the lives of more kids, one unborn child and a 77 year old woman, 26 victims in all. In a church of all places. The Sutherland Church shooting has raced up the charts to the 5th most deadly shooting in the US, being beaten this year by the murder of 59 people in Las Vegas. At a fucking music festival. By a man that had a legal armoury that John Rambo would have been envious of in the forest. A legal one.

Stephen Paddock managed to shoot 604 people in 10 minutes, amazingly, he was even able to buy a nifty little device called a bump stock that made his fast gun even faster, that’s the American Way, Route 66, highways, byways, and bump stocks.

604 people. 23 guns.
Those are terrifying and staggering figures.
But its apparently, not a good time to talk about gun control.

I’m going to diverge a little from the Mother Jones numbers so that we can get back to the topic at hand, dead children. I know its horrible, I have two small people that I love and adore, the thought of anything happening to them kills me, I’ve cried over grazed knees. But, if the price of the 2nd Amendment is dead children then we must put a price on it?

So far in 2017, 622 children have been killed or injured in a shooting in the United States of America, that’s those between 0 to 11. There have bee 2,781 teenagers between 12 and 17 murdered or injured. This year.

Three dead children on August 6th, 2016, as an example from last year. One little girl of two, one little boy of five and one of eight. We were in the middle our children’s birthday celebrations around then. Milo is five, Zola is two, on that list, those two hit home pretty hard.

They’re probably more interested in the Scouting Association than they are the National Rifle Association, more entertained by Paw Patrol than Politics, more inclined to spend time on Peppa Pig than they are policy directives.

They have no say in the 2nd Amendment, they’re innocent victims that a lot of people seem content to sweep under the carpet.

The Gun Violence Archive lists all of these incidents. Each one of them includes families torn asunder, wrought with grief over the loss of small children. The same age as ours. The Gun Violence Archive lists incidents by age, gender, location, whether or not the weapon used was legal, the type of incident, where when who… It becomes a horrible list very quickly, with maps and statistics these small, beautiful children become digits on a spreadsheet, the archive allows you to download the excel sheet for your own research.

You don’t need to, it’s horrible. 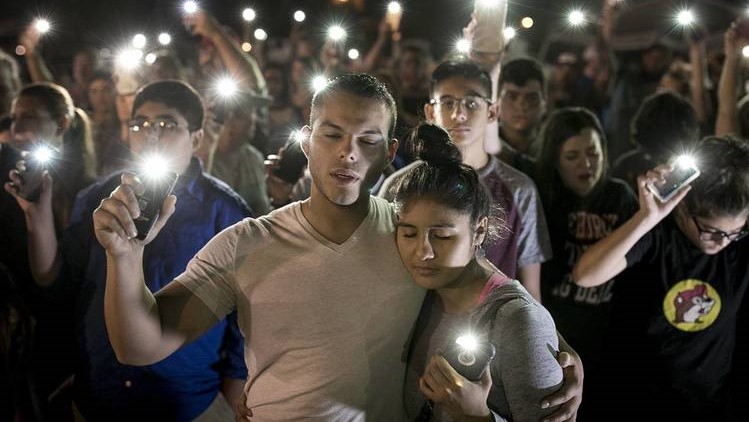 After the recent events Sutherland Church, Twittler suggested the shooter was ‘mentally ill’, that he suffered from some affliction that meant the gun wasn’t to blame. The gun never is to blame, is it? Drumph suggested that the brave soul who chased him and shot him saved more lives; that’s probably true, but it seems like an obscene way to normalise horror that takes place every single day. The usual suspects have called for thoughts and prayers, our condolences for the bereaved. I cannot imagine the horror of what those families must go through, but I imagine there aren’t enough thoughts and prayers in the world to bring their dead children back.

And that’s the cost of the 2nd amendment.

Here’s Jim Jefferies, he says it better than I could.