With Vincent pushing a new album, I sought out sea shanties, solos and snazzy attire.
We first heard of Rob Vincent when he played support for Ethan Johns at 81 Renshaw Street, and aren’t quite sure how he had bypassed us up to this point.

His set then was a joy, filled with charm, wit and a pretty remarkable set of tunes. We spent a bit of time searching his work out after the show, and learned quite a lot.

Vincent has had a number one album, won awards, been lauded by Whispering Bob Harris of the Beeb and managed to release a fair bit of music under his own steam after years of dreary, soul destroying jobs. There’s hope for us all in there. To say we were looking forward to his return was an understatement of sorts.

We made it to the Arts Club just in time to catch The Kimberleys, Vincents support act of choice for this tour. Frankly, the four-song set was too short, even if they managed to squeeze a melody of four into the last number. 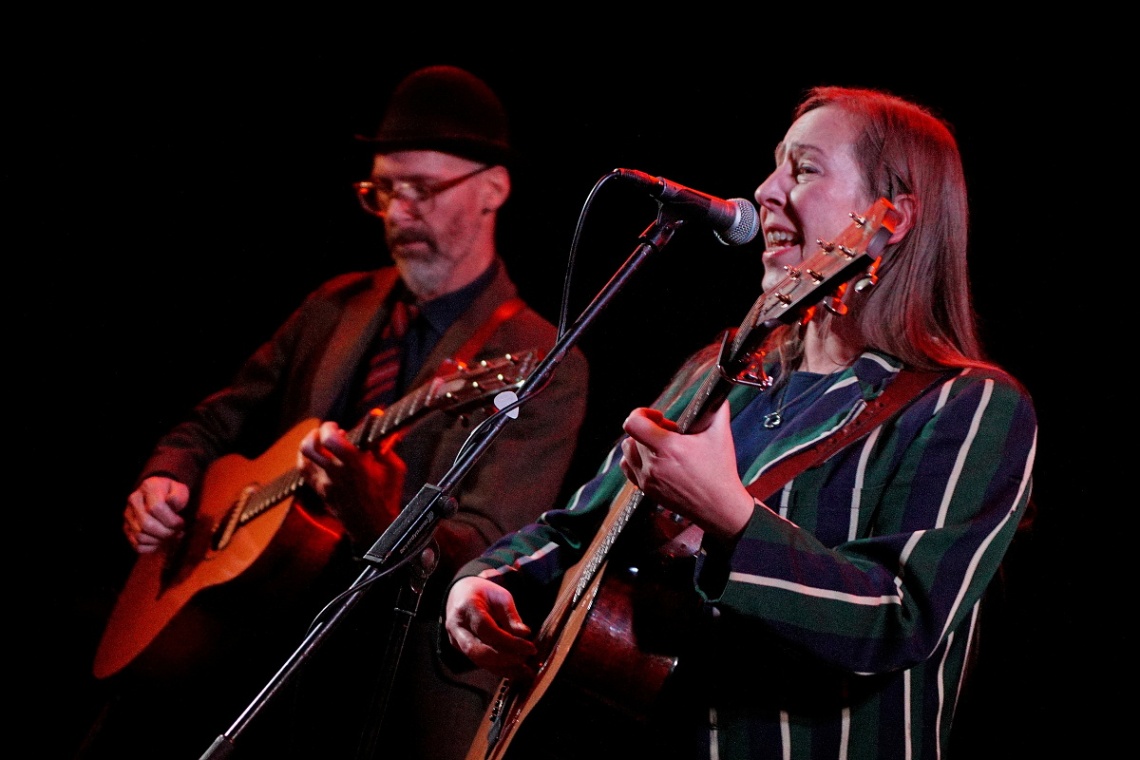 They played a beautiful 20 minutes worth of folk and traditional music with just a hint of the nautical thrown in for good measure. Favourites for us were Tam Lin, Elsie Marley, and the quadruple finale, all perfectly delivered by the suitably attired duo, replete with dapper jackets and a rather wonderful bowler hat.

Truth be told, we were entirely underdressed for the occasion. Still, we felt a little short-changed with the length of their set, wondering if they were being paid per song, or per stripe on that snazzy blazer and matching tie.

At the allotted hour Robert and his merry band of men appear to a tumultuous round of applause. It’s easy when you’re from around these parts, too easy this early on. You need to work for this surely?

For just five blokes on stage, there is an impressive array of instruments, three or four guitars, depending on the track, fiddle, mandolin, lay steel guitar, banjo, drums, harmonica and not one single piece of tech, bar the PA.

All the better considering there was probably more than enough of that downstairs given the age group and attire. We’re not jealous. Honest. They play a set lifted predominantly from their new album, I’ll Make The Most Of My Sins, swaying from bluegrass, through country to folk and a snippet of rock.

As Robert puts it himself, “these songs are miserable and I don’t care”, the very definition of a man happy in his place, playing a set he wants to a room full of people who clearly love him all the more for it.

His songs are filled with layers and layers of strings, held together by a beautiful tales, a brilliantly behatted drummer and Vincents voice. The comparisons to Springsteen don’t sit well with us though, for us, he sits somewhere between The Band and Credence Clearwater Revival. Which, to be fair, is alright, especially when they ramp the tempo up and let loose.

We were struck by the level of banter when we saw him at 81 Renshaw Street, though this evening that seems a little light, whether its the room, the acoustics or something else, we missed it. Though, for a room as dark as the loft he still managed to find the odd pissed up mate to take pot shots at. Dedication that.

The lack of banter or verbal from the stage doesn’t appear to dampen the spirits of a Saturday evening crowd, though by the look of things a few had a helping hand in the spirits department, dancing with wild abandon when the opportunity arose.

As the evening wore on the music leaned more toward the country end of the scale, the tempo challenged the dancers but appeared to give the more amorous among their number a second to collect their thoughts, perfectly balanced and everyone was content. The smoochers seemed happy at any rate. Bless em.

One of our favourite tracks, Blue, made an appearance toward the end of the night, it’s a ferocious, frenetic thing that is a little menacing and probably needs a decent movie to allow it to act as a soundtrack. Its hard to stand still and that can’t be a bad thing.

They finish the show with I’ll Make The Most of My Sins, it is introduced with a hint of more misery to come and generates an impressive singalong. We even spotted a lighter, only one mind, smokers are a dying breed, but still, it was there.

For all that misery, the line of “Shine a light on the darkness” from I’ll Make The Most of My Sins betrays the misery a little, its an anthem of hope and joy, and a lovely tale to boot. The band exit stage left to rapturous applause and calls for more, they take the hint and return with a new song, news of a new album due to be recorded and released sometime in the next few months and a new year tour.

These boys don’t seem to be able to take a day off. They even managed to add another date to this tour, I imagine they would happily sacrifice a sleepy Sunday at home to do it all again. They end with Demons, another ‘miserable song’ that delves into the darker moments of the soul and delivers absolute reverence, some swaying and a lot of arm waving.

The highlight of the show though, for us, was Vincent‘s voice. It is pitch perfect, effortless, graceful and full of grit. He is an accomplished storyteller, a lot of these songs come from sleepless nights, time spent with black dogs and yet they offer hope, pointing you toward the light at the end of that long tunnel. Lovely stuff, even if there were a few chatterers at the back toward the end, Vincent made light work of them, thankfully. 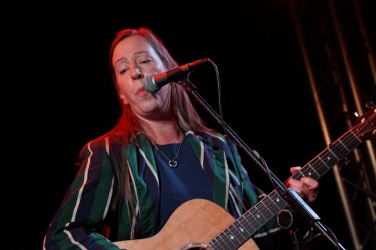 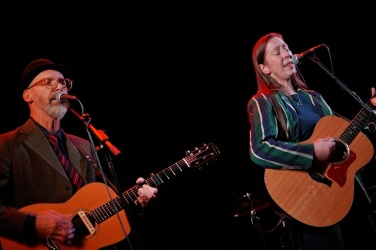