Skip to content
As Malcolm Middleton headed to the basement of EBGBs for an early show, I made a dash into town after work, and still managed to arrive before everyone else.

Before we begin, we need to talk about early gigs.  It’s a Friday night, in a city centre bar. If the first act graces the stage at 7.45 the chances are that you’re not going to make it for most of their set.

As if to prove our point we’re the first people to arrive at the venue at 7.40, believe us when we say, it wasn’t easy to do that. We had a Christmas tree to put up and a demanding Instagram feed that needed content providing. 7.45 though, what kind of start time is that for a weekend show?

An early start and ne’er a punter to be seen does two things, makes the artist in question feel like shit and means you’re not getting your monies worth if you can’t get down for an early kickoff. Its a Friday night in a city centre bar, it can’t be this difficult.  You finish work, get home, get all your stuff sorted; parcels left with neighbours collected, kids sorted, indigestion-inducing dinner, a quick shower, that kind of thing.

Doors are at 7, first act at 7.45. The headline act is on by 8.30 and off by 10.10. That tells us three things. The venue doesn’t care for the show or live music in general, they want to bring in a second crowd at 10.30, or the artist likes an early night and a cup of chamomile tea before bed.  In the case of this evenings artists, we don’t think it’s down to them. So who, then?

It doesn’t seem right to us, it feels like this is about getting the gig over with as quickly as possible, like ridding yourself of an errant, angry wisdom tooth. This is not confined to EBGBs, we were once at a show where the queue for the club night was in full flight before the band managed to get their last amp out. We’re not convinced it is a fair game for anyone involved, punter or artist.

Surely we need to do better than this? 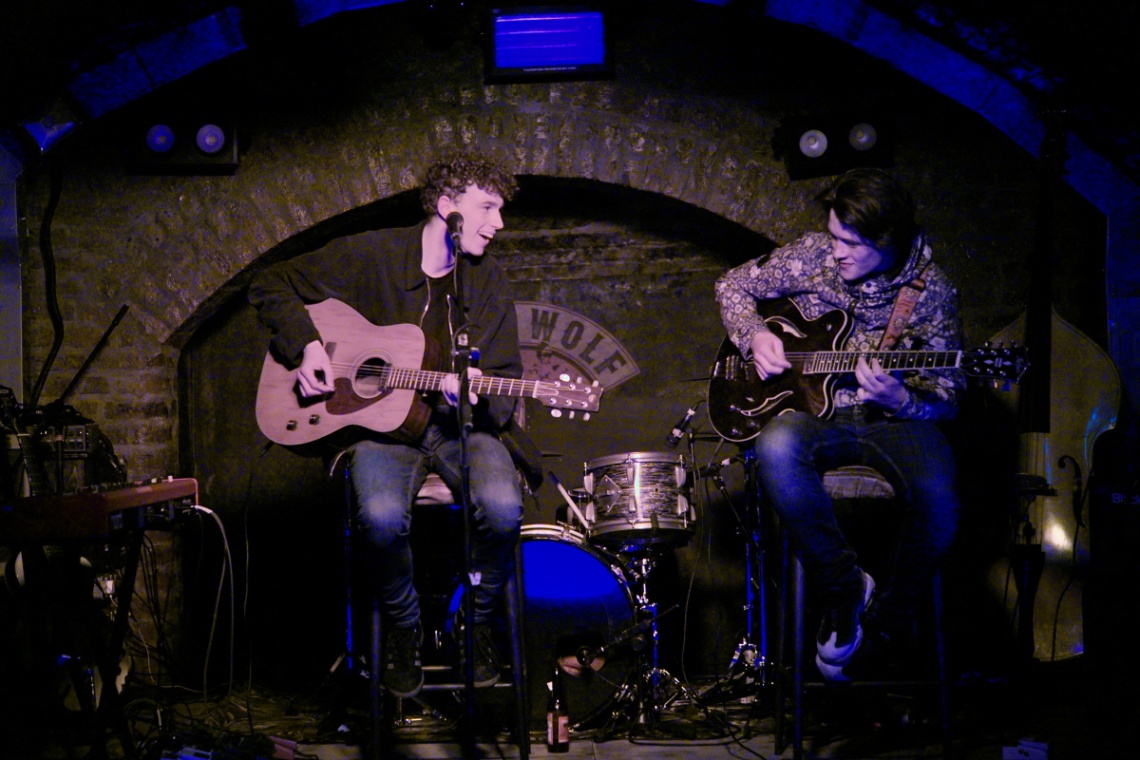 Arno, the support act, as it turned out, was off stage by ten past eight. A whole 25 minutes, your bus better be on time to catch that.  Just two of the lads tonight on an acoustic trip, both shockingly young, though a bit too Oasis for our tastes. But their playing was brilliant, and their songs entertaining, even without the capo.  The most shocking thing was that, given the hour, the only people in the bar were one mate, two girlfriends and one set of parents.

Three of the five in attendance were watching through their phones. That’s hardly likely to fill anyone with confidence, let alone two lads barely out of school. It might be a bigger topic, for another day, but early times aside, support your support acts.

People like Malcolm Middleton played to his six mates once, and it probably still haunts him.

As you might imagine, Middleton has had skin in this game for a while, born in Dumfries and raised in Falkirk, he ended up earning his musical stripes in Glasgow. It was in Falkirk in the early 90s where he found his first taste for music, playing in a rash of bands, including the imaginatively named Rabid Lettuce and the intriguing Pigtube. We would give good money to see a band called Rabid Lettuce.

Middleton met Aidan Moffat and put a band together. Arab Strap released six studio albums before calling it a day in 2006. They reunited for a string of shows in 2016 to celebrate their 20th anniversary. Those shows were, according to popular opinion, a raucous affair.

Middleton has released seven studio albums as under his own name and three under Human Don’t Be Angry. An interesting segue in his career was the release of We’re All Going To Die from his Brighter Beat album.  It was released as a Christmas single, alongside a video where Middleton staggers around, drunk and dressed as Santa, on December 17th, 2007 with odds of 1,000–1 against reaching the top spot.

Colin Murray pushed the track on his BBC radio show like there was nothing else being released ever again. Clearly, he was as sick of The X Factor kak as the rest of us were.  The record reached no 31 in the chart. The number one was a cover of Mariah Carey and Whitney Houston track by Leon Jackson. Who, we hear you ask?  He released a track called Stargazing in 2009, it didn’t chart and he hasn’t been seen since.
(The case for the prosecution rests, your honour.)

Middleton recently released his new album Bananas earlier this year. And its this album that brings us to EBGBs of a Friday evening.  Starting the show on his lonesome, Twilight Zone was a favourite, a track about searching for life anew and having the energy to do so, a song about the slower points of your life that don’t quite match expectations.

Something we can all relate to there.

The first thing that hits us is Middletons beautiful Scottish lilt, its gentle, full of sweetness, yet oddly tired, sleepy sounding. Maybe it’s been a long run. Or it could just be the warmth of a Scottish singing voice, there is a kindness there, even when he makes the odd joke at someone’s expense.

The soundman got it at one point, when asked if he could turn down the lights he almost blinded Middleton with a searing white light. Mind you, it made taking pictures a lot easier. For about eight seconds. While he started the gig alone, he was joined by a pianist and double bass by track three and a drummer by track four. All were announced on stage with screams of SECURITY!

This had the effect of adding whole new levels to his songs, the piano driving much of the tempo. We have to hand it to the soundman, while it was obvious lights weren’t his forte, he managed to make the evening sound beautiful in what is essentially a brick-lined tunnel.

Week Off  brings us back to his second album and the room changes in an instant, with most of the audience feeling about 10 years younger. It’s a lovely thing and a damn sight cheaper than botox.

The energy in the tunnel is a joy, its like we’re in Middletons front room, sat on the sofa with a whiskey.  Everyone is perfectly at ease, including the band. It would be wrong to call this lot regulars, but it’s an easy thing to suggest they’ve seen this man on the road before.  Or, possibly, been in his front room.

We were highly amused by Gut Feeling, the sweariness quota went through the roof, it is a wondrous a song about the dozens of ‘wankers’ in Middletons head giving him bad advice or making him drink.

It’s a lyric like this, (and Love is a Lapse In Self Loathing) that appear to be his biggest draw, what draws people in, there’s a vulnerability, weakness, something in all of us appears.  Like John Lennon Said went down a treat, which is hardly surprising. But Fuck off with your happiness from Bananas won it for us.

There are an awful lot of singer-songwriters (artists and piss artists alike) that take themselves far too seriously.  As we near the end of the show it becomes clear to us that its Middletons’ lack of ego that draws us in, self-depreciation is highly underrated. Throw in some dark humour, some sarcasm and a clever lyric or seven and it’s hard not to be drawn into this.

The songs are beautiful to boot, observational, clever; while there isn’t a huge crowd in the room, this is one of the finest shows we’ve seen in a while, and we’d literally never heard of his solo work until about a week ago. And to really make us all really sing, we all got a badge on the way out.

It reminded us of a Glaswegian pal of ours we used to organise festivals with, he suggested once that we get ‘Bhajis’, we thought he wanted the onion type, much to our surprise he wanted the lapel adorning type. 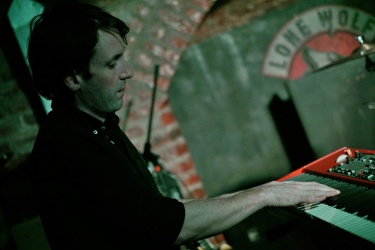