Launching your own beer and EP, or if you like, EP and beer, in a microbrewery, is a new one to us but, frankly, it needs to catch on as a frequent thing. The bonus of this show taking place across the road from our house is an added bonus.  It might have been a slippy walk but at least it wasn’t a far one

The Handyman opened late in 2017, it replaced a very old and very wonderful handyman shop, it used to be a cinema and if memory serves us well, an ironmonger, many, many moons ago.  It was a handyman’s shop we actually shopped in, we bought nails, paint, hammers and various odds and sods when we were doing our house up. It was properly old fashioned and glorious.

The new owners haven’t done much to the place, bar the addition of the bar in the middle with the microbrewery above, it looks much as it did.  The rustic chairs and a mix of metal and wood add to the rustic charm, bare brick walls are always a winner for us at any rate.

They’ve got a nice room out the back for gigs too, kind of below and behind the brewery end of the space, among the ever-growing Smithdown Road scene.  It has some nice sound too, it’s obvious they’ve thought about this and they’re getting it right too, with infrequent gigs, craft markets and fairly regular sessions with Nick Ellis.

The Post Romantics open the evenings’ proceedings, a cross between a post-punk outfit and a goth scuzz band.  They create a noise that might soundtrack a pot-infused night sat in student halls drinking homebrew. They look like a band that is meant to be playing together, whether by accident or design is unknown.

For all we know, they could have bumped into each other collecting their homebrew kits from the post office.  They are a very tight four-piece, the addition of some beeps and bops from a drum machine, some snippets of telephones ringing and other noises filtering through the PA add to their depth. 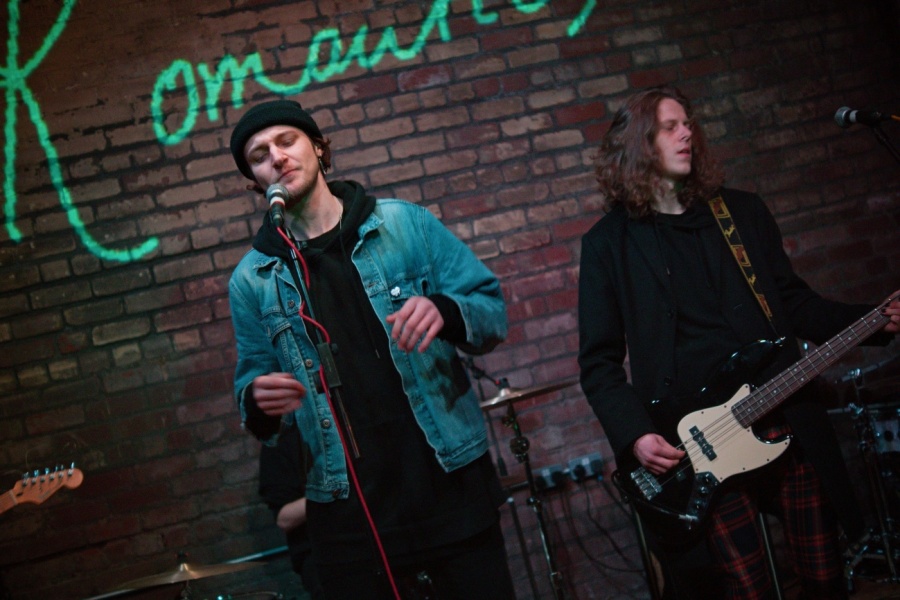 They don’t really do anything that might produce a moshpit; there isn’t much by the way of joy and given the subject matter of a lot of their songs their name seems to fit.  Its all heartbreak, and we’re fairly sure they’re beyond caring what we think.  Spot on.

Luna are a three-piece electronica outfit, that in a bigger room are probably a bass-heavy trio, here though, with everything turned down a little lower, our guess a little of that oomph was lost.  We will certainly be looking forward to seeing them in a bigger room.

Again, none of this would create chaotic scenes on a dancefloor at midnight, they run at about the same pace as The Post Romantics and in many ways, they were a pretty perfect accompaniment.

A lot of their sound is based around the vocal; the drum machine, loop pad and keys all act as a vehicle for the voice. It’s a nice sound, and it appears to work on the audience.  We also realised that it wouldn’t be out of place in that pot soaked student flat, it’s a perfect mix of 80s pop with a James Blake vibe.  Not bad at all.

Ovvls are a completely different kettle of electronic fish altogether. They surprised us by coming on a smidgen earlier than we were expecting. We say surprised because we were in The Craft Taproom across the road taking pictures of Mugstar between bands at the Supermarket. Luckily we had a spy in the Supermarket who alerted us at the first note, we made it across the road as they started their second song.  WHich is pretty good considering how icy the place was.  We could get used to having this many gigs so close to home quite frankly.

Ovvls brought a fair old crowd with them too, and every one of them seemed to lap it up. There is a huge amount of thought put into all this, from their unique sound to their merch, hell, they have their own beer after tonight.

Their sound is part Blake, part McMorrow, part Moyet, bang up to date, fuzzy, bassy; it gets straight to the pulse via the ears and eyes.  Like a really good microbrew beer, as it happens.

They are considerably more uptempo than their supporting acts but as a package, the whole thing works, every inch, from the visuals, right through to the single delivered via a very neat USB stick in a bottle.  They deliver a set of melodic, anthemic electronic joy, Stokes’ voice is remarkable, the sound is pitch perfect and the vibe is pretty much perfect too.

We have this thing, we try really hard to find a fault somewhere, with something, not to be arsey particularly, but to add a bit of colour to a review, gushing love is a boring read. It can be anything from punters engaging in work-related meetings to weird bar shenanigans, anything really.  But it’s difficult to pick fault in this, it’s a lovely thing, their EP Dark Side Of The Sun is worth checking out, as is their next show. And if you’re in a band you should find out who was in charge of the visuals, they’re worth their weight in ones and zeros. 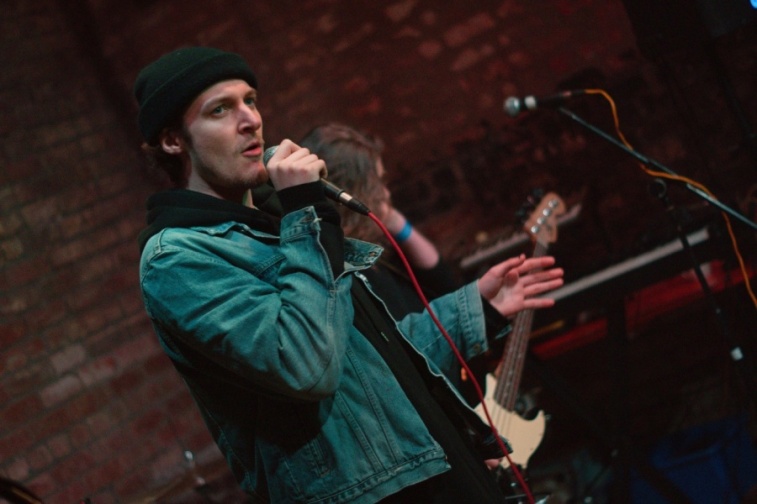 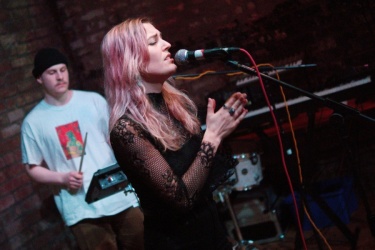 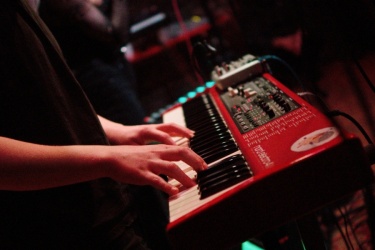 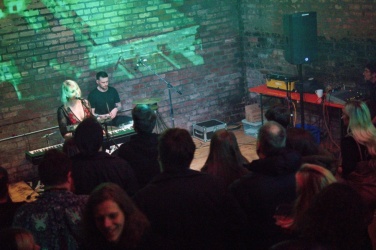 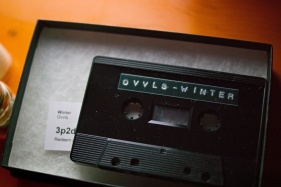 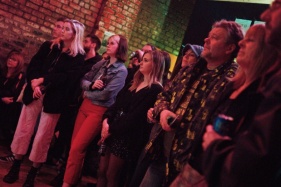