I sat down with Getintothis’ Martin Waters and did an interview on what drives me into the pit; we talked tricks, tips and prime lenses.  This is from 2015!

Getintothis: Tell us a bit about yourself and how you got into photography.

Chris: I’ve done everything from shoe sales to charity governance and organisational change, served pints and coffee, occasionally served pints of coffee, put on a shed load of gigs, DJ’d for a very brief and wildly unsuccessful period and fell into photography by accident. It happened as I watched a bonkers woman with a beautiful voice walk around a venue with a tiny house on her head.

I was managing a show at Ohyeah in Belfast at the time. The centre had just opened and it occurred to me these amazing shows had no one recording them or the first few steps of the centre. I bought a camera that didn’t work, I bought a bigger camera that nearly worked and then bought a DSLR in Henry’s in Toronto and the rest is history.

Getintothis: What was the first gig you shot?

Chris: If memory serves the first one that I properly produced images for was of a band called Fighting With Wire at a show in Belfast. They produced a screaming angry noisy rock that was just glorious. I miss them.

Getintothis: So what’s in your camera bag when you’re shooting?

Chris: Much to the annoyance of real photographers I use Sony cameras and carry a satchel. The camera was all I could afford at the time as this pays almost as well as the charity sector. I’ve invested so much in extra gear, lenses and kit over the years and become so used to them that it seems silly to change now, besides, I love it and it annoys other photographers. I always carry a couple of prime lenses, a pin sharp 70-200 and a super wide angle as well as a rarely used flash.

Getintothis: Which is your favourite shot?

Chris: I have a shot of Graham Hopkins and Bronagh Gallagher just before the curtain goes up on their show at the Millennium Theatre in Derry in 2012. Graham is pulling this He-man pose from behind the drum kit with Bronagh grinning at him (with a cuppa in her hand).   This scene plays out about two minutes before they launch into this beautiful bluesy sultry show and the friendship is so clear in the shot. It’s noisy, grainy and black and white but you can tell they love what they do and get on like a house on fire, it makes me smile every time I look at it.

Chris: We’ve all had terrible shoots, LED overkill, death by smoke machine, near darkness and the chaos of being told you’ve one song to shoot, from the back. One recent show that surprised me was the Freeze gig in the Bombed Out Church. I don’t know what I was expecting but it was such a great crowd and a beautiful vibe.

The greatest of them all though is the Cathedral Quarter Arts Festival in Belfast. There are three of us on the photo crew for ten days, it averages about 10 events a day and we spend the whole time running between venues. It’s the most amazingly run thing with an incredible crew, some of them fly in to work it. One particular wonder of a venue manager flies in from New York every year. It’s amazing.

In May this year, I got off the plane, went to my favourite pub for a drink (or three) and rocked up to the first venue I was working with a suitcase and no pass. There was no hassle and no-nonsense. I love it and its a joy to work.

Getintothis: So what’s your favourite bit of kit?

Chris: My 35mm prime lens. Every time. When I first bought it I put it on the camera and didn’t take it off for about six months. It’s crisp with an amazing depth of field, it can shoot in the dark and is super-fast. Zoom with your feet.

Chris: I don’t think so no, for most I’ve met it’s a job, they just work different hours than the rest of us and a few of them make a lot of money out of it. I’ve met and shot loads of bigger names over the years, drank with a few of them too and for the most part, they’ve all been really sweet, honest people. Those in smaller bands that work their asses off know how to party and how to work hard.

It is a job, everything has a cost and the business has changed so much that if you were a grumpy bastard all the time it would never work. Though in saying that, there is that band from London Ontario that spits a lot, I wasn’t too keen on them. I know London Ontario. I’d probably spit a lot too.

Getintothis: Who are your favourite Liverpool bands to shoot?

Chris: I love shooting bands like The Tea Street Band, The Sundowners and We Are Catchers. I love to see a band enjoy themselves on stage, it makes it so easy to shoot when they get on well. There’s nothing worse than four lads looking bored thinking of home. 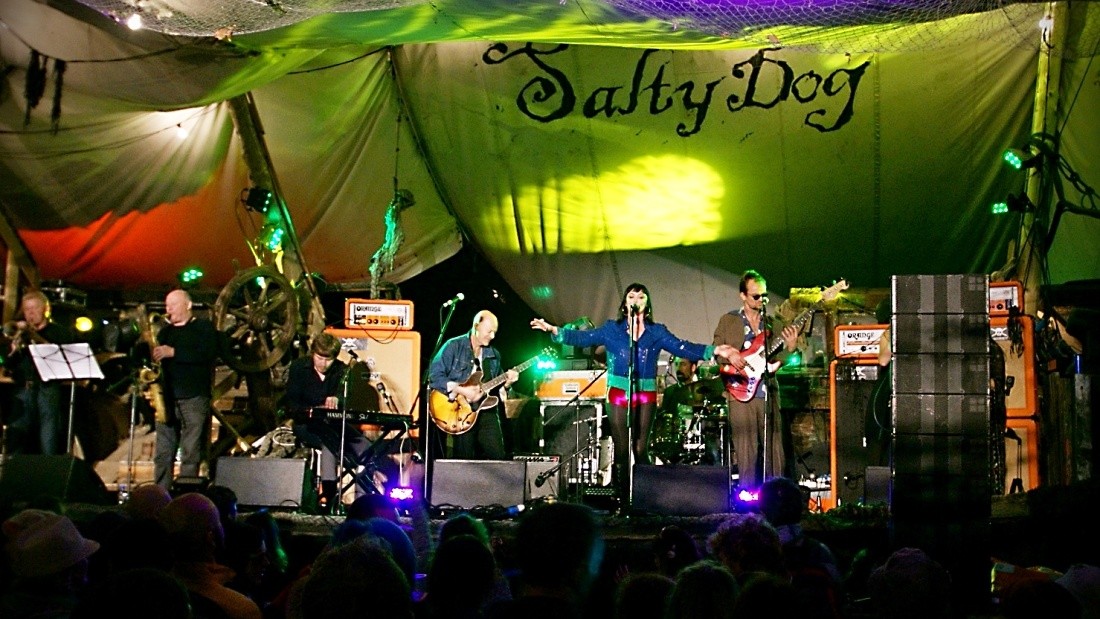 Chris: Has to be the Salty Dog Stage at the Electric Picnic Festival which takes place just outside Dublin. It’s a full-size ship in the middle of a forest, the stage is on deck and it comes with amazing props, great lights and incredible energy.

The backstage area is an insane hand made Olde Worlde shed of a pub that parties on til the sun shines. Such an amazing thing to behold and shoot, the fact that I can climb up into the crow’s nest to shoot is an added bonus.

Getintothis: What one tip would you give anyone starting out?

Chris: Buy a 35mm prime lens, they cost about £100 and are a dream to work with. Take some time with it and love it forever. (Forget the kit lens, I’m not even sure where the kit lens for my camera is if I’m honest.)

Getintothis: Best advice you’ve been given?

Chris: Shoot in RAW, buy extra memory cards and switch as often as you need to, ignore what you see in the LCD on the camera as it’s never really accurate on sharpness or colour. Don’t delete in camera and zoom with your feet.

Getintothis: What’s the worst advice you’ve been given?

Chris: I can’t think of anything, in particular, that was really bad, everyone has their own way of doing it, it’s about finding your way and making the gear you have work for you. Take time to learn all the options on the camera, shoot in manual and tweak as you go. 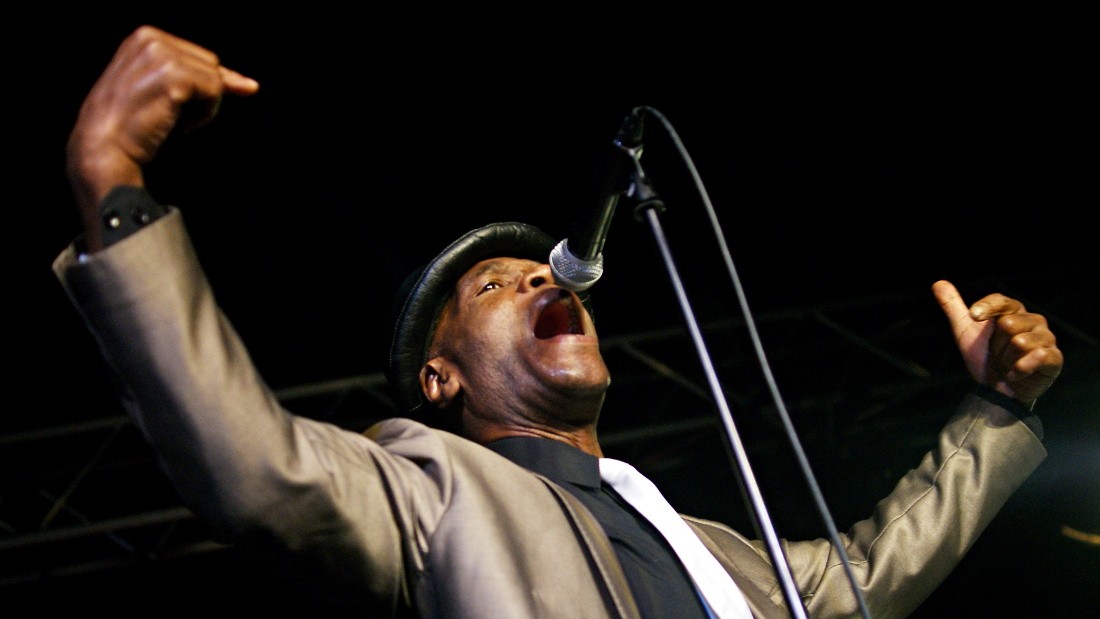 Chris: Daido Moriyama is amazing. I was in London shooting a gig and I had about two hours spare before I needed to go to the airport to fly back to Belfast. I read about an American photographers’ exhibition in Tate Modern and I spent an hour there.

Then I stumbled into the Moriyama gallery and wished I hadn’t bothered with the previous one. He has an incredible eye. His work is noisy, grainy, and dark and fast. One of my favourite shots is one he took as he drove past someone on the street at night. An unreal talent.

There are some pals who shoot and inspire me all the time, the amazing Carrie Davenport and Helen Sloan. Carrie does loads of really inspirational community-based work and the odd Kerrang cover and Helen is the photographer on Game of Thrones, what she has had to wade through to get some of those shots is just daft. Big love goes to my two Cathedral Quarter Festival buddies in Bernie and Gerry, an energetic pair who make a tough slog a great deal of fun.

Getintothis: What would be your ideal gig to shoot?

Chris: I love to photograph one-off, unique little shows that surprise. I have really bad images of a show where Gary from Snow Patrol and Guy from Elbow got on stage together and played for about 20 minutes. I’m a huge Elbow fan and I know some of the Snow Patrol lads so that was an amazing thing to see.

It’s also when I decided I needed a better camera. If I could shoot any future REM reunion that would be ace. I’d also love a Skinflints reunion and I’d take a Tired Pony show if anyone is offering.