Liverpool City Council has given the go-ahead for a consultation on what their public relations blurb describes as ‘a new vision to transform Liverpool’s historic commercial district into a world-class business location”.

One of the lines in the press release, and we’re not making this up, reads ‘the SRF demonstrates the BID’s commitment in creating an even better CBD’. Make of that what you will if you can make anything of it.

In a city drowning in new architectural mediocrity, abandoned plots, frames with no future, student flats so badly built they need steel nets to ensure they don’t kill anyone and a hospital so badly thrown up it’s being pulled apart from the inside out, news of another development plan may seem like little to get animated about.

Remember how excited everyone got over the new Chinatown project? Remember the drawings? See the desolate, wasteland reality.

What about the Victoria House project on James Street?
That scaffolding blight of student flats by the O2?
The apartments in Herculaneum Quay?
The possibly rescued Baltic House?

The list of failures is frankly, frightening.
The list of architectural horrors growing.
The number of bankruptcies unknown.

A ‘vision document’ will be launched today, the 17th of June, and will be available for discussion for five weeks, so to some it might seem we’re being a little presumptuous.

But there are few things to consider, even at this stage.

The area the SRF (Strategic/Spatial Regeneration Framework) relates to covers 40 acres of the city centre, it will encompass a huge range of businesses, communities and spaces, both public and private.

The public consultation will feedback to planners and council, and, as we’ve probably mentioned before, if you’re not in it, you can’t win it. The SRF is a plan to grow the economic viability of the CBD (Central Business District) over the next generation, currently, 60,000 plus people work in the area under consideration.

These plans consider transport links and how an area connects to the city, they consider how to use empty or underused plots, change what is there to make it more viable or user-friendly and improve public space. Though, we must remember that in many cases, the concept of public remains up for debate.

Ask anyone who has had to deal with Crossrail in London.

According to the Commercial Office Market Review, produced by Liverpool BID and Professional Liverpool, the city centre is in urgent need of Grade A office space.

We’ve seen the impact of plans to build three towers in a £200m scheme in Pall Mall that has led to the loss of what is rare green space in the city centre. That project will provide 400,000 sq. ft of Grade A office space and has the potential to create 2,000 jobs if Liverpool BID is to be believed.

It all depends if businesses move into the offices of course.

The Council is pumping £150m into infrastructure in the city centre as well as creating a new cruise terminal at Princes Dock, with plans for a connected four-star hotel. The current list of developments or proposed developments is staggering, or alarming, depending on your outlook. Or the developer involved.

We have the Baltic Triangle Consultation, The Cavern Quarter Consultation, The Ten Streets Consultation, The Liverpool Waters project that includes the Everton Stadium plans, The Knowledge Quarter, The Anfield project, The Festival Gardens Project, Paddington Village, Lime Street Gateway, The Graving Dock Project and Pumpfields. Though we are so dizzy trying to count the projects in this city we may have missed one or two.

Add this new plan for the city centre to an ever-growing list of SRFs by the BID; or for that matter, MDZs on behalf of the MDF for the CBD and the WMR and we do have to wonder just WTF is going on.

There are only four opportunities to engage with the project team over the course of the consultation.  The consultation itself is led by Arup, the project lead, town planning consultants, architects, masterplanners, heritage consultants and property consultants. We are told the team have been engaging with people in the immediate neighbourhood to understand the issues and these discussions have informed the SRF.

It is worth pointing out that none of these people will be doing this for the good of their health, there will be vast sums of money moving around to create this plan. This money is spent in advance of anyone either contracting to invest or any community engagement on what might, should or could happen. Worth considering.

Once the SRF consultation is completed it is then adopted as a Supplementary Planning Document by the council.  This gives the council a little more control over land uses and guides plans on how areas work together to meet demand, it is hoped this will enable Liverpool to compete with UK cities in attracting major investment.

Liverpool City Council is overseeing £14bn of development activity, has adopted an SRF for the Ten Streets District and is close to securing SRFs for the Baltic Triangle, Williamson Square and Mathew Street and the gateway to the Knowledge Quarter.

But as we mentioned before there is a lot to play for.

There are a number of independent businesses that would be impacted by this plan, bars, cafes, restaurants, loads of spaces that may become unviable if the prices skyrocket across the street.  We have to look at wider considerations, we live in a city where the housing market is in flux on an alarming scale, people are being priced out of houses and locked into properties they cannot afford to keep.

If things do take a downturn after Brexit where does the money come from, who fills the gaps?.  People castigate student flats all the time, it’s easy, but truly, how many of them do we need? If International students numbers continue to drop, and they are dropping, if the EU numbers drop anymore, who fills the empty spaces?

Who can afford them?
We only assume you can see how many there are on Lime Street.
You know, the ones that led to the loss of the Futurist Cinema in 2016.
Still, we have a picture of it in that 2090ad prison facade they’ve put over Lidl.

More to the point for the CBD, how many millionaires apartments do we need?

How do these plans work with communities on the edges, how do we ensure that public space remains public and not policed, sterile corporate lunch spots? How do we ensure these plans are made for the city and not for the investors who bring their cash in on the promise of a healthy ROI, to hell with the venue for it?

How do we ensure the agent of change is central to this?  Can we ensure new buildings allow people to live above the shop, create space that is animated and interesting, not empty and vaguely intimidating after 6.30?

How do these plans impact on the cities World Heritage Status?  How do we ensure the city isn’t lost to investors and property moguls on the hunt for a new space to siphon money from?

Investors put money into projects to make money, they rarely live in an area they invest in and their sole consideration is to make money and ensure a return on investment.  Our plucky developer wants to pay their shareholders, it’s their job, it’s their main focus, their only focus.

Their job is to extract value.

There was a thread recently on a Facebook group where a developer wanted a photographer to supply images for use across a property.  The payment was ‘exposure’ in the hallways of a closed building.  A developer in this city, making what we can only assume is money in the millions couldn’t find the budget to engage the skills of a photographer because they simply didn’t see the value in it. We can assume the electrician was paid.

It’s all about extracting value.

Have you seen Lime Street? 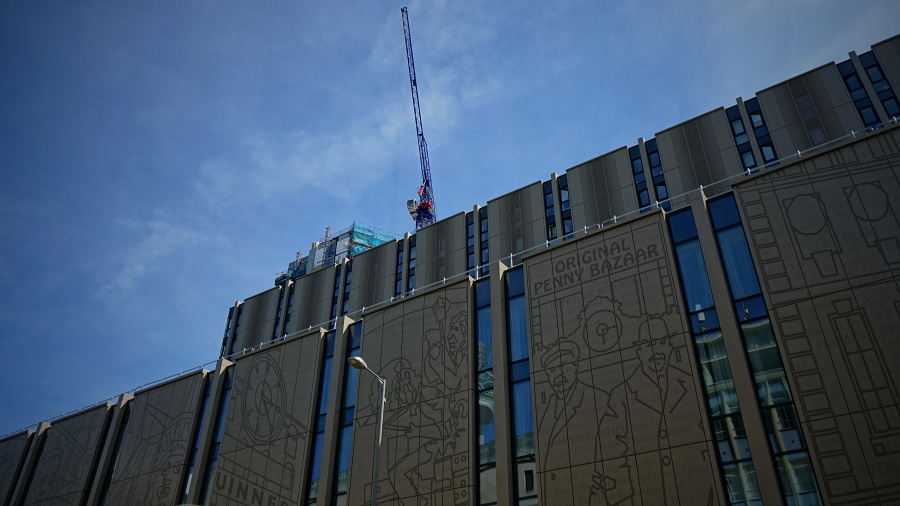