The is a notion around Brexit that states it’s just a political issue.

For some, the idea is one of joy, freedom from bureaucrats, a life free from those interfering foreign governments, free from regulations that dictate the shape of bananas and the wattage of lightbulbs.

Because those things are important.

For others, the sheer lunacy of leaving the bloc, of leaving the single market, of abandoning partnerships and decades of trusted relationships for chlorinated chicken is lunacy, an act of political and social self-immolation.

What happens at the end of October, either to Alexander Boris de Pfeffel Johnson, to the British border, either along the coasts or that pesky one that was dropped in the middle of Ireland, is yet to be decided.

Does Boris back down and break bread with the EU to seek an extension, does he ignore the will of the House of Commons, forcing the UK out regardless of what the law says, do we crash out and into WTO terms?

Will Boris and his band of Merry Eton Messrs find a breakthrough or fashion some other answer we can’t see?

Many of these things remain known unknowns.

As this place is one where music is explored, musicians interviewed, music-related topics of the day dissected and discussed, it occurred to me that we hadn’t produced anything that considered Brexit and Music, or rather, more importantly, Brexit and musicians and whether or not they will end up singing the Brexit Border Blues.

The thing with being a musician is that in order to gain any notoriety, build any kind of fanbase and sell your wares to the world at large, you know, to pay the bills and feed yourself, there comes a need to be on the road if not almost constantly, then actually constantly, to be a full time gigging musician.

Being a home bird might work well if you’re doing covers in pubs, but if there is anything like originality in your set, if your sound is unique, or if people are susceptible to your shows, if they are likely to pay money for your music and your presence, you need to spread your wings.

There are only so many times you can play the local.

There’s a simplicity to it, make your record, book some gigs, maybe some house shows, work with friends in different parts of the country, in different parts of Europe, pack your cases into the back of a vehicle of some description, (Post Office van) seek approval from Low on your packing style and set off on the road.

What happens if the furthest you get is Dover or Stranraer?

Even with a really well-packed car? 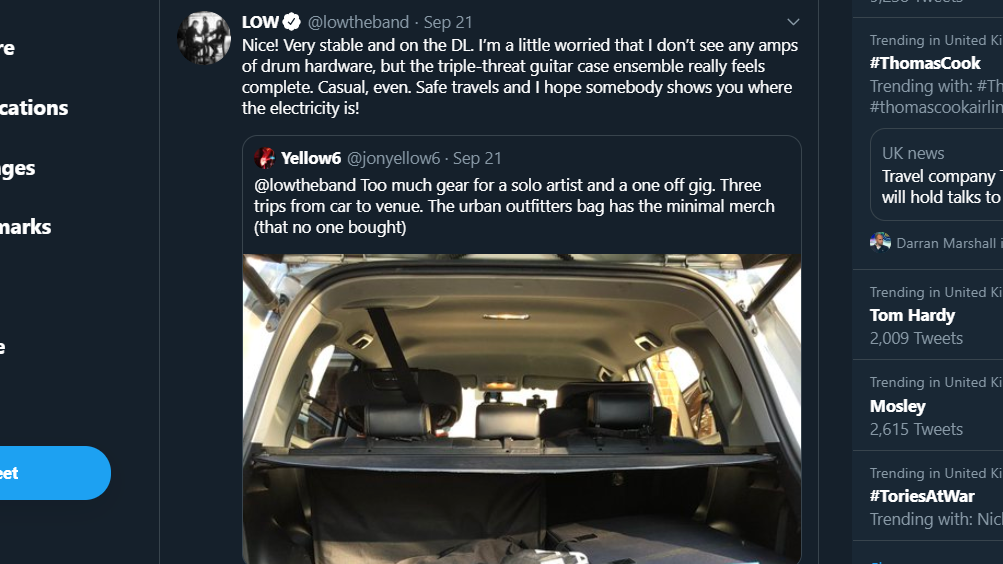 With there being so many known unknowns in the face of what Brexit may or may not bring it might seem a little churlish to look at music.  There are bigger questions, will people get medicine, will we be able to continue to import important things, like, food, cars, fuel, clothes, radioactive isotopes for the treatment of cancer.

That kind of thing. Who knows, I mean we can turn Sefton Park into an allotment, we’ve done it before, right?

Let’s start with a number. The UK music industry contributes £4.5 billion to the UK economy, according to the Incorporated Society of Musicians.

Now I’d hazard a guess that that number probably doesn’t cover the hundreds if not thousands of musicians up and down the country who just about get by, those that just about make it tick over.

You, for want of a better word.

Speaking of the Incorporated Society of Musicians, the impacts of a ‘no-deal’ Brexit will be felt particularly hard on freedom of movement to the EU 27 as it will be known, the changes will be more significant still on low-income freelancers hoping to travel across the channel to earn a few euros.

The ISM has rather helpfully produced a Brexit report if that’s your thing, it’s pretty, has lots of pop out quotes, it’s a PDF and it’s here if you want to have a look, I do warn you though, its contents are rather alarming.

Musicians have reported a huge drop in requests to play Europe, no one is sure what work permits will be required or how you go about getting one and no one knows about moving gear, merch or people.

63% of respondents say the biggest threat they face to their future is securing work they have come to rely on in Europe. Most are fearful of an increase in expenditure for carnets, customs declarations that can cost up to £700, increases in import and export tariffs and costs associated with work permits.

This is all before we consider how many people are reliant on shared healthcare provision across Europe that is likely to be wiped out on a no-deal exit.

While there are a number of issues with Brexit and while we can see the merits in the calls that ISM are making in their report, some of it is a bit pie in the sky.

There are calls to maintain freedom of movement for professional musicians, cheap, admin light, multi-entry touring visas, specialist hotlines for musicians travelling to the EU, questions about travel, insurance, and taxes.

It’s a lovely idea that they have called for these things to be implemented, but the reality is that in a few weeks we are likely to face a constitutional crisis the likes of which we’ve never seen before. Large corporations, medical institutions, universities, businesses, thousands of organisations have no idea what is likely to happen.

We will still see mega tours, the Americans will still come, big shows will still happen, but those shows have the support of record labels, admin staff and teams of experts, not so for anyone in Northern Ireland. There might well be blips here and there, there may even be some cancellations, but that’s another known unknown. 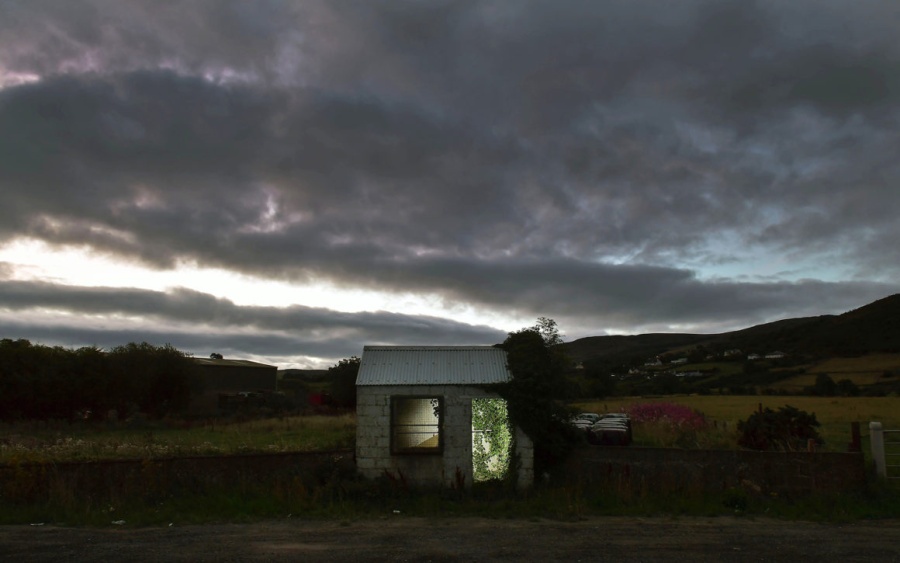 I know many musicians who work across the whole island of Ireland, the border is invisible, both in any physical way of in any psychological way.  Now, well, most of them know that a no-deal will cause huge headaches for those who can play a gig in Dublin on a Tuesday, Enniskillen on a Wednesday, Galway on Thursday and come back to Belfast for a Friday night show with your mates and a few quid in your pocket.

What happens to those who cross that border every day?

There are a host of other issues that need to be addressed and urgently, as an independent business or a freelancer there are things that are critical to continuing your business and your career, issues around Intellectual Property, Copyright, Data Protection, VAT, your country of residence, and customs processes.

UK Music has a page of information or rather links to gov.uk pages with information that is nigh on impossible to decipher because at this point no one really knows what’s going to happen.  That list is here.

Gird your loins people, it’s going to get rocky, in all the wrong ways.