Another one from the archive, Exmagician live at Studio2 for Getintothis.  I was down to do pictures for this one so most of it is mine, Glynn fills in for the actual Exmagician reveiw as I was photographing (Drinking).

A grim Tuesday night in Liverpool finds us in Studio2 for a much anticipated exmagician show.  The Cashier No 9 lads are back on the road in a newly monikered and as always disheveled manner. It’s been a while since we’ve seen them, the last time was in Portrush where we were faced with a far too noisy crowd who seemed disinterested. So we’ve been looking forward to this.

One quick point before we begin. There was a lot of prominent signage about drinks on the stage. Now, we’re seasoned gig goers, and while we won’t get on stage or pop our feet up there for a rest sometimes it’s a handy spot to place a pint. In this particular instance, we’re not sure how to photo, review, catch up with mates and drink at the same time. Where is a man to set his pint? What happened to rock and roll?

Where is the Buckfast?

On that, there isn’t enough beer on stage these days, far too much water being drank. Rock and roll needs beer, swearing and a bit of a ruckus. This is just not cricket. Bring on the beer lads, and we say lads as it was all lads. Really…

We Were Glue were the first act on stage and they delivered some high energy, riff laden pop, Stupid Games was a strong contender for song of the set. With just enough twangs and blips to carry off their youth, the crowd were even dancing. Imagine. As much as you can at 7.45 anyway. 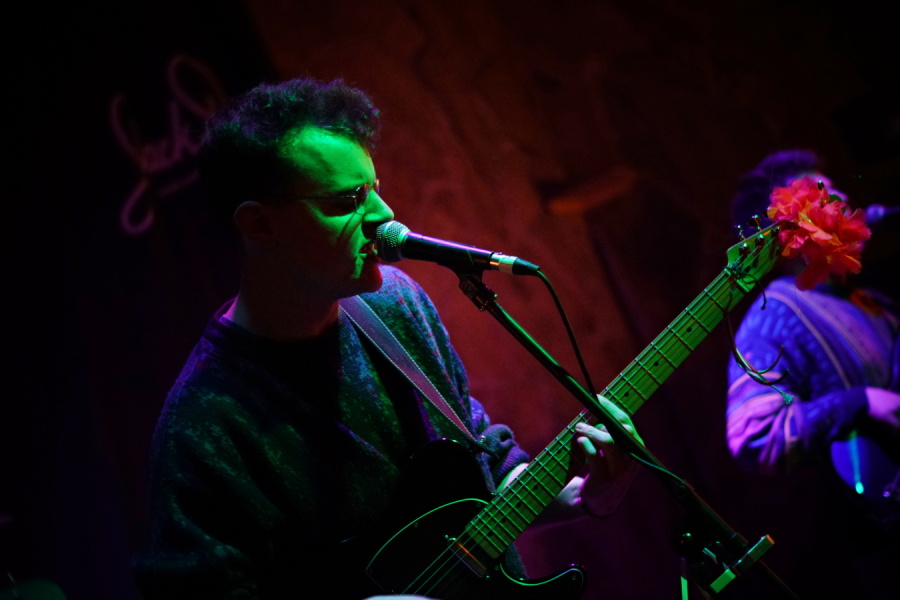 They seemed a little surprised at the additional songs they had time for and we’re more than happy for anyone who turned up at such an early hour on a drizzly, Tuesday night. They rocked the joint.  Retro Blue are second on stage and the crowd seems to have changed from the first act. It’s odd.  Turning up to see one band then switching over for the second band’s crowd, it’s like that odd change in the room that happens at a wedding. We’ve been in this game a long time and never seen this. 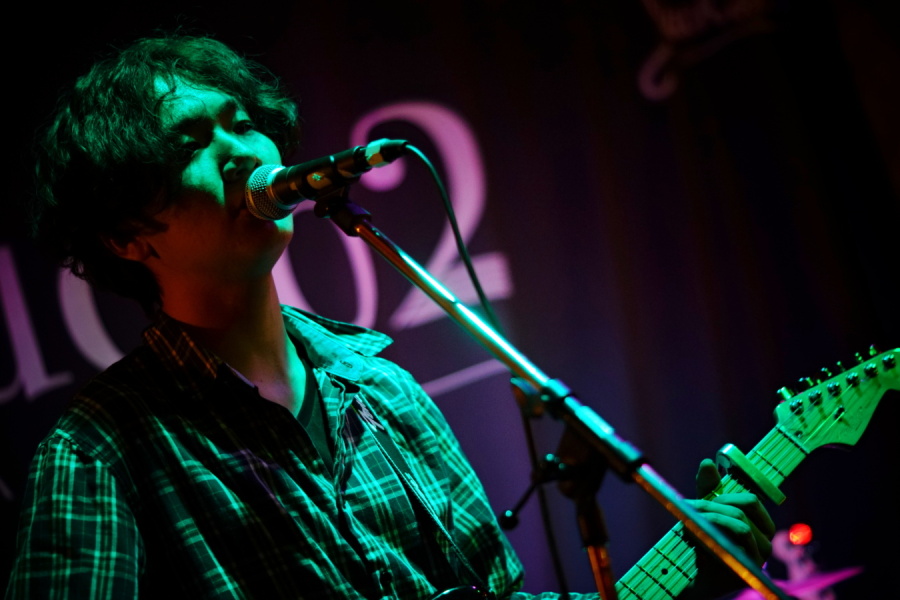 Retro Blue are a bluesy grungy affair that seem to be swerving between styles. There are hints of Hendrix and remnants of Radiohead. We’re not sure they know their style yet but we figure when they find it they’ll shine.  Lots of reverb, lots of feedback, just enough oomph and plenty of swagger. We hope it’s a short journey to self discovery.

Cable and the Bay are the final support act on a busy schedule and they are a completely different kettle of fish. They live on this.  There was an extended chat with one of the members of exmagician about bands in cities that have arts colleges. There is a certain expectation that what you get on stage has been through an external moderator somewhere along the line, it’s been reviewed and marked according to a marking scheme devised over coffee in a dreary office. Cable and the Bay live this shit, even if they are a college band (we’re not sure). 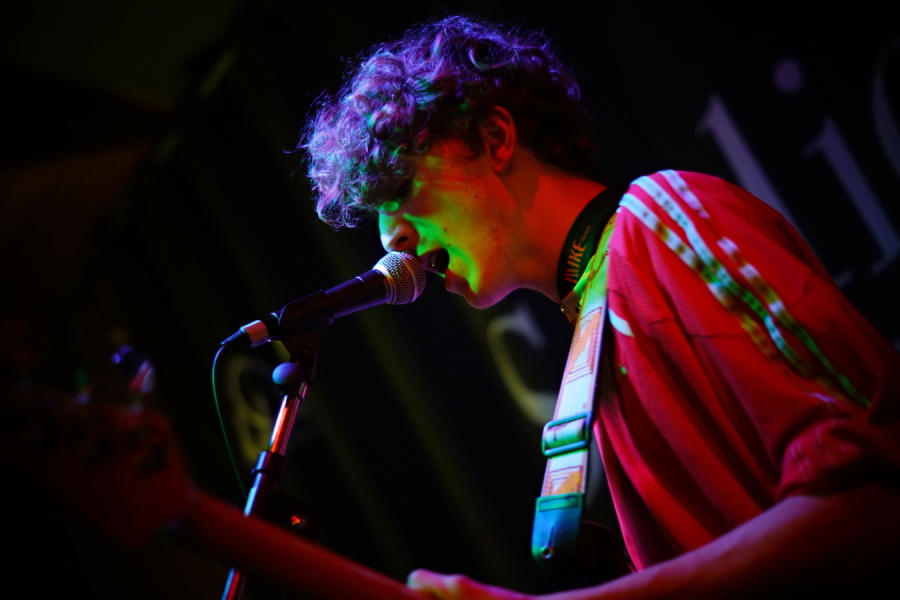 Screaming guitar runs through The Fall into New York punk, there is an ethereal, dangerous energy and real grit. The first song was beset with sound problems but we can always tell when the band are a favourite of the sound man. He will either set the levels for song one and leave it or ride the dials for the whole set. It was the latter in this case and we’ll worth it. Great stuff.

The first time we ran into Danny from exmagician was around the mid nineties in the Menagerie Bar in Belfast. His outfit at that time, Cecil’s Flea Circus, was a bizarre cacophony of noise and loops that was glorious if not a little confusing. We’ve watched that morph into other acts, bands and sounds then find a home in Cashier No 9.

The break from that has brought us to exmagician and a different vibe altogether. With James and Wally coming from the Cashier fold and the added bonus of a Buckfast drinking Jonny Black of Lafaro fame (Buckfast at last!) coupled with the last night of a UK tour there was a certain anticipation in the room. One final fling before they head off on a five-date tour of Ireland…

When exmagician step up to the mic and start playing the room is so empty we think they’re sound checking but no, this is it. But they don’t mess around and get immediately into their stride, early numbers such as Kiss The Wealth Goodbye and Bend With The Wind being full of gritty guitar riffs, sweet melodies and seemingly effortless vocal harmonies.  There’s a real mix of influences to be heard: punk, grunge, rock ‘n’ roll, country and blues all making their voices heard, along with a fuzzy psych guitar sound that recalls the Paisley Underground.

The set mainly comprises songs from Scan The Blue. Plan Retrieval features a heavy bassline and shimmering cymbals beneath a melody that manages to stay afloat above the heavy riffing and the refrain of Feet Don’t Fail could well sum up the band’s view of the evening: ‘I don’t know what else to do, I’ll just see it through‘

In fairness they don’t ‘just see it through’, they perform as though they are thoroughly enjoying themselves and the banter with the small crowd keeps things buoyant.  Todd’s vocal is excellent throughout, whether delivering a Nashville melody or a New York growl, Smith’s guitar is razor sharp and they have delivered a set of songs that get their hooks in you. Difficult to say why no one has been lured down to Studio 2 tonight – whatever the reason, these guys deserved much more.

Images by me, music by them! 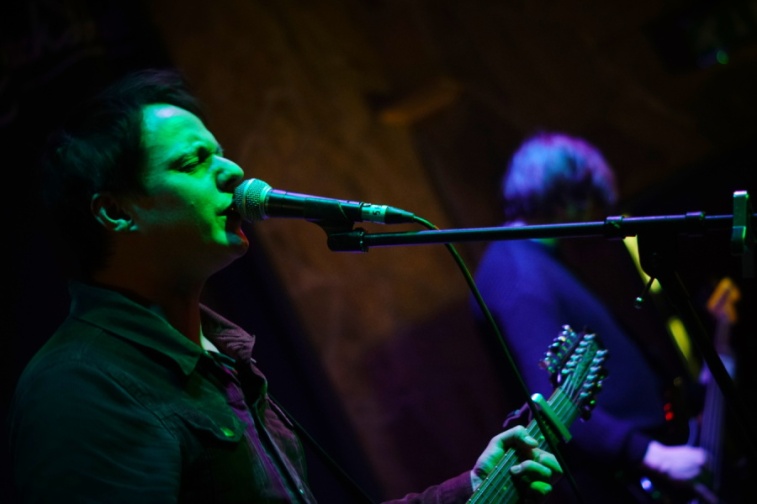 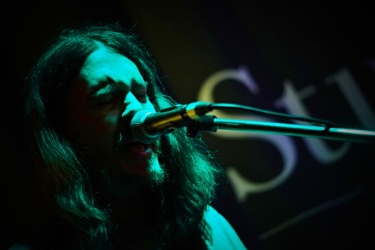 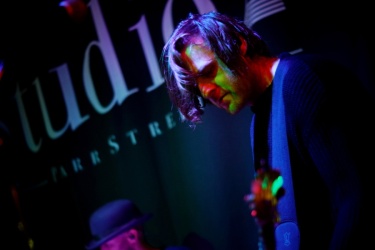 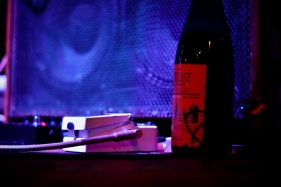 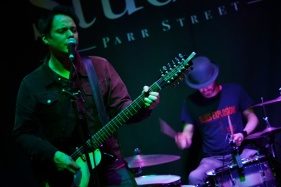 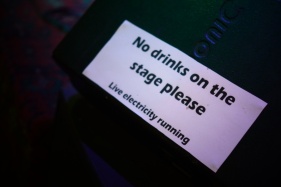 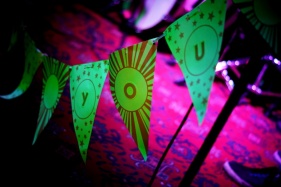