Before I begin, I’m fine. Absolutely fine, chipper and dandy, happy in fact, a little less grumpy even.  My mutt is under control and behaving thank God, Zeus, Maponus or whoever else you pray to.  I write as I know there are a few people struggling with things and anything that might help should be out there, in my humble opinion.

If you read my piece on Facebook last October much of this will be a repeat of what I said there. In fact, I’ve copied a whole chunk of it.  But, and this is the fancy blogging bit, I’ve added nice pictures, a poem (really) and videos so it is always worth reviewing again.

I wrote most of this on World Mental Health Day 2016, or possibly the day after.  It had an impact I wasn’t expecting at the time, some phone calls, emails and a few posts of a similar nature from friends.  Lots of souls bared for the world to see.  All good.

Last August I took a break from Social Media, I needed head space and a bit of room to contemplate on my mutt, the world around me and the meaning of everything else without being bombarded by pictures of dinners, pets or fabulous nights out that I wasn’t party to.  I’m not jealous. Honest. Not at all.  (Bastards) 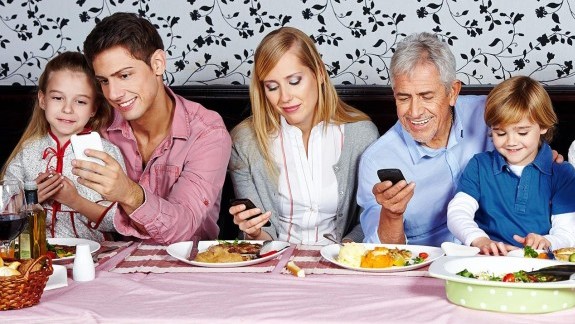 The previous few months had been the most difficult I experienced.  We took a gamble moving to Liverpool, I was lucky that I spent six months working as a development officer with Victim Support, a job that started not long after I arrived and ended all too soon, but that’s another story about organisational management, strategic positioning, and planning which doesn’t fit here.

Although we didn’t know about the imminent arrival of Zola at the time I felt a little desperate to get a job, any job.  We had just bought a house that needed ‘some work’, sidebar, it’s not finished yet.  I ended up doing some work for a “friend”, website updating, content generation, that kind of thing.  The speech marks are a blog for another day.  Maybe.  If I’m feeling vindictive.

After that fell over I was back on the dole for a while, I ended up working in a remote call center (our dining room, now my ‘office’) answering calls for PhotoBox.  That was *almost* fun for the six months it lasted, it was at least bearable.  I spoke to a lot of people about a subject I could actually talk about, then came The GREAT Daily Mail fiasco. The PhotoBox contract ended after Christmas, I was unceremoniously moved to the Daily Mail contract as PhotoBox had a New Year post sales lull.  It was then that I realised just how bad a company I was working for.  It was a soul destroying, mind-numbing, an isolating job that was more or less designed as such, heaven forfend you have staff talking to one another.  Couldn’t have that.  Not at the Daily fail.  No Sireeee. 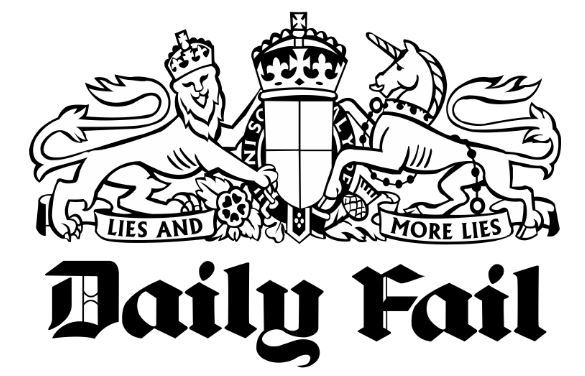 Working obscene hours for a shit company, on shit wages being in the odd position of working from home but not seeing my family, made Sports Direct look decidedly appealing. The Daily Mail though. Really. Me.  I spent about 7 months, all day every day, talking to old, angry NIMBY right wingers about the state of the world, the audacity of the Sunday Mail editor to be nominally pro-EU and how ‘those ones’ were going to destroy the country.  Those ones.  The readership who phoned was too polite, too English to be outright racist but they weren’t far off.

There is only so much of that you can listen to in a day.

That, all day every day, coupled with two and a half years of “you’re not from here” when applying to jobs in Liverpool makes for a dull boy.  I had recently decided that I was going to stop applying for jobs in Liverpool and move home.  It was a difficult decision but one I had made for the sake of my ‘sanity’.  Then came the bite.

In the course of about three days, I had five rejection letters from roles in Belfast and I hit a wall.  Hard.  I had a breakdown, the first in quite a few years. It came as a bit of a surprise but probably shouldn’t have, I had been grumpier than normal for months, wasn’t sleeping and was drinking about 7 litres of coffee a day just to get through. I spent three days rolled into a ball on the floor in our bedroom.  It was, well, unpleasant. 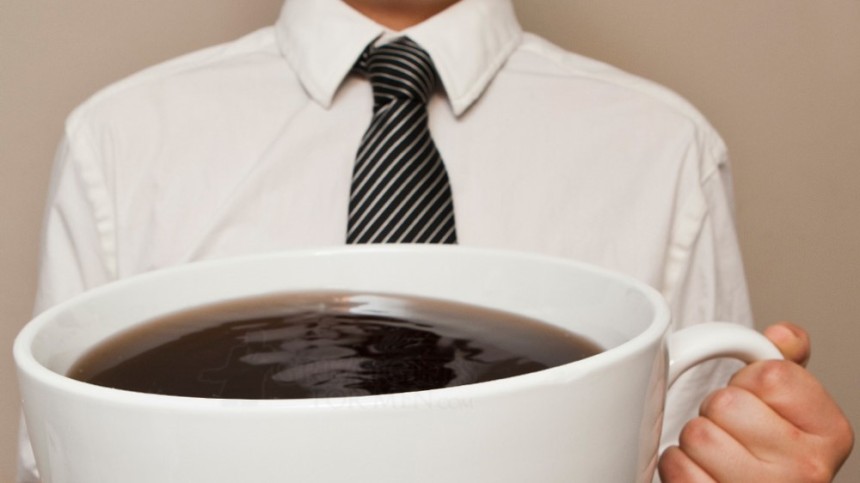 I should have spotted it. I didn’t. I completely fell apart, withdrew from pretty much everything and shut most people out. There was medication, a moment where I almost checked myself into A&E, lots of doctors trips and a lot of talking. It was the talking and the mindfulness that had the greatest effect. That time at least.

Right now I’m mid-dissertation in a masters that may just have saved my life.  After the Belfast fiasco, I pulled a sickie from work with the Daily Fail and within about two weeks had decided I wasn’t going back.  I couldn’t go back. I was going to do something else I just wasn’t sure what. That something else was this Masters.  The decision was made on the day the applications closed and was rushed, to say the least.  The phone call to say ‘stick your job up your ass’ was an utter joy.  Unbridled, here’s what I think of you people in no short shrift, up yours, you shower of nutters, joy.  I’d take the job on to do it again.

It was around that time, during one of my talking sessions that I discovered this video.

This Black Dog stuff was a bit of a revelation. I knew there was something always there I just wasn’t sure what it was.  A lot of us live with this black dog, a lot more than you might realise.  Stress drives us to the brink of insanity (and sometimes over the edge) and our minds do a number on us. The part of our minds that looks to the future sees a gaping black hole. Nothing.  Emptiness.  When it kicks in there is nothing to look forward to, nothing to see.  Move on folks.  No amount of pep talks, shoulder rubs or alcohol changes that view. It is all consuming and utterly infuriating.  If not infuriating it is incapacitating. Overwhelming.  But there is a way out.

Taking the time to think through what ills you, figuring out where it comes from, accepting that it is a part of you and spending time talking is the single most powerful thing I was able to do.  (I have read back the original post a few times, the next line always brings a lump to my throat.)  I am blessed that I have the freedom and support to be able to do this Course and for me that is remarkable.  To be in the final furlong of that course is a testament to my wifes’ ability to put up with me and find great bargains on coffee and hardback books.

I recently discovered another video by the same team, this is about how you can live with someone living with the mutt.  It is worth a view.

I said this at the time and I will say it again.  I am no expert on the life of this particular mutt but it’s something I’ve lived with for 25 odd years.  It has on occasion taken hold over the long term and sometimes kicked me when I was least expecting it.  I have read a lot in the last months, found ways and tricks to watch my moods and make changes as I see myself slip.  Moods are an ever changing, evolving thing, you need to understand yourself, understand your body and be able to spot change and make a change.

I would also suggest avoiding the Daily Mail at all costs.  In employment or engagement.

You can write to me, you can call, but that is probably a load of bollocks. Stop. Take control as best you can, get away, find a human to talk to, an actual, living breathing tea making hug generating smelly human, spend some time with you.

I escaped to home for about a week in the middle of my bout with the mutt last August.  I didn’t tell anyone I was going and spent some time drinking tea with my Mum. My Sister, who always knows my moods was a life saver.   I saw some friends, had a strong drink or two, shed some tears and raged at the world.  Well, I mostly raged at Liverpool but you will have to forgive that.  Carolyn and Joe were saviors, Scott and Sian were angels as always.  They helped me find a center again and helped me push through.  Dominic said three words that were amazing.

That might be the hardest thing in the world to do sometimes but it is as simple as all that.   Left, right repeat.  As an aside, Joe has written a beautiful piece on Depression and seeking help over on Belfast Live.  His columns are great and always worth a read, pop over and have a look.

The most important thing is to find space for you, for yout thoughts and self.

Go for a walk on a beach. Just don’t jump in. We love you. Honest. 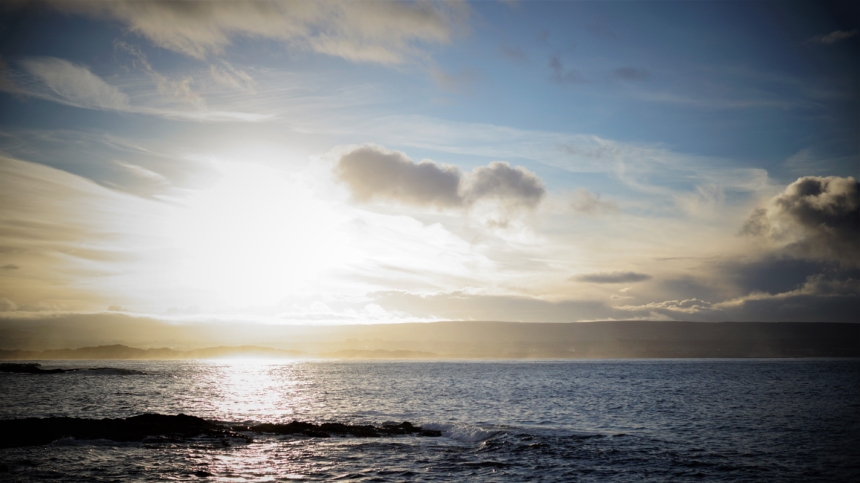 The one book I found most useful was a book by Ruby Wax called Sane New World.  It is a gentle meander through an often confusing, difficult topic, it’s entertaining and enlightening and is full of tips and tricks.  Have a look on Amazon here. Buy it.  Now.

I will finish in pretty much the same way I did last year.  We have a house that is always open and a ridiculously comfortable sofa bed. That Sofa bed is in a beautiful, tidy office space with a phone and computer that are all yours.  To be honest, Zola got to the phone and I’m not sure how well it’s doing.  We have Skype.  That’ll do.

It’s warm, we do good tea (Barrys) and as you might imagine the lighting is perfect. You are more than welcome to stop over if I know you obviously.  I only have one good ear but I promise it’s all yours if you need it.  I’m going to finish with this because, well, it’s a little dark and very amusing.

Razors pain you;
Rivers are damp;
Acids stain you;
And drugs cause cramp.
Guns aren’t lawful;
Nooses give;
Gas smells awful;
You might as well live.

Be well, be good to you.  The kettle is always on.

1 reply to About that dog