I started 2017 with a determination that I wasn’t going to be dragged into petulant social media arguments and for the most part, I have done alright. It wasn’t a new years resolution as such, but an attempt to lighten things up a bit. I think I did okay. Apart from that time with the Famine Beer thing but I think I can be forgiven for that. I have been doing really well since then and trying to withdraw from much of the negative, depressing stuff out there. Social Media is a great tool but by God, it can bring you down.

Last year was a bit unsuccessful and I let all the social media based nonsense add to the pressures. And we know how that ended. Twitter accounts have been unfollowed, Facebook pages unliked and many a hashtag muted for the sake of my sanity.

I was doing alright until this weekend and Charlottesville.

The images, the videos, the witness accounts have all made for horrific viewing. I don’t think I will ever get the sound of that car screeching as it raced downhill towards human beings out of my head. What makes a human decide to use a car as a weapon against other human beings is, and should be, beyond my comprehension.

These new Nazis are just the same as the old Nazis. 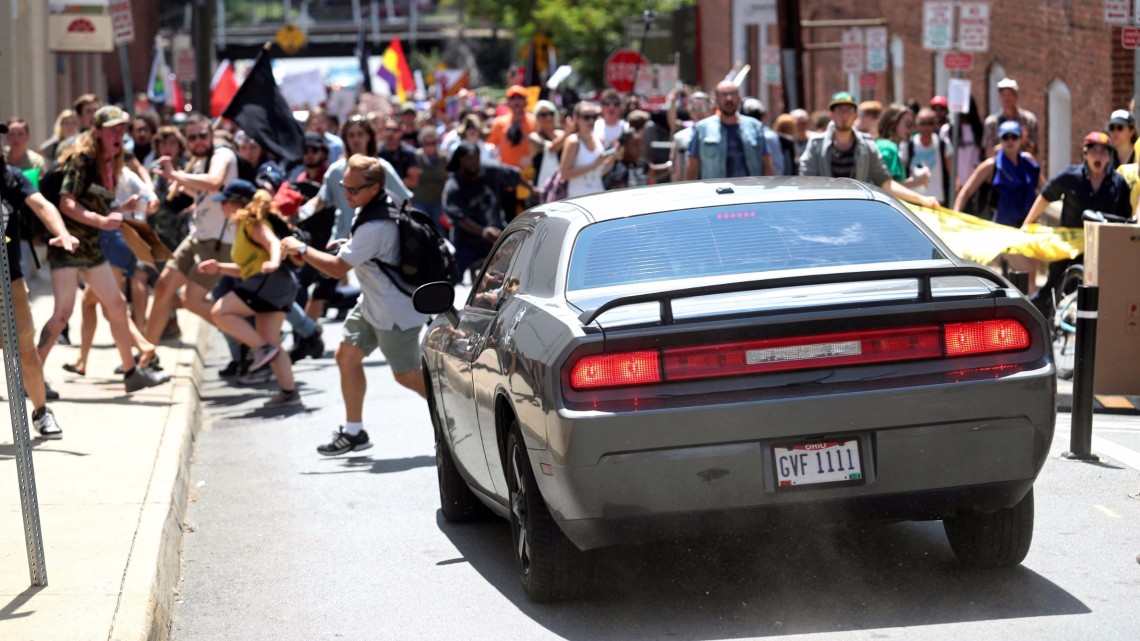 I’m left with a burning question I can’t quite shake off. How in hell are we discussing the rise of Nazism, NAZISM, in America, in 2017?

Personally, I blame the crazies themselves, and the media, for buying their rebrand. Really.

They have rebranded Nazism and we all accepted it quicker than we accepted the change from Marathon to Snickers.

The term ‘Alt Right’ was designed by one Richard Spencer in an online publication in 2010, it appeared alongside ‘New Right’ and ‘Dissident Right’. Now, Mr Spencer is quite the specimen of humanity. A veritable joy. When he isn’t wandering around trying not to throw Nazi salutes or get maced he is the self-styled leader of this so called ‘Alt right’

But here’s the thing. He rebranded Nazism because he doesn’t want you to see that under that hideous tweed like jacket and that smug face he is wearing Jack Boots and a uniform adorned with swastikas. Look at him, this is the bloke who doesn’t want you to think of him as a Nazi. Leading a parade of Tiki Torch carrying basement dwelling, girlfriendless, racist, angry little nutters.

This Nazi has called for ‘Peaceful ethnic cleansing’ because that’s just a little more appealing than mass graves, gassing innocent people and ovens. At a ‘rally’ he stood proudly and with his fist in the air shouted Hail Trump, dozens of Nazis in the audience joined in with Nazi Salutes. He said it was done in humour but I honestly find very little humour in the Holocaust. Spencer wants an ‘Ethno State’ for white folk.

Really. This next quote is so laughable I can’t even.

If that’s not outright Nazism I don’t know what is. He has said he doesn’t believe in equality but to be fair, after all this other shit if wouldn’t take a genius to work that out. He uses the term Lügenpresse to describe what he see’s as the lying press and that is right out of the Nazi playbook.

He said this of Jewish people…

“One wonders if these people are people at all, or instead soulless golem,”

Of the Trump Muslim ban, he said this…

“I think one thing he’s saying is just, ‘We don’t want that here.’ I think identity does play a role in this. He’s basically saying that if you are a nation, then at some point you have to say ‘There is an Us, and there is a Them. Who are we? Are we a nation?’ In that sense, I think it’s really great.”

As well as being a Nazi he is also a Misogynist. When Trump was caught talking about grabbing women by the pussy, our dear of Nazy Misogynist Spencer said this…

“At some part of every woman’s soul, they want to be taken by a strong man.”

This is a vile disgusting snake oil salesman and everyone is buying it hook line and sinker. Tiki Torches in hand, khakis and Trump golf shirts on their backs there are hundreds of knuckle draggers following this buffoon singing ‘Jew will not replace us’ while claiming that they are a set upon race, these poor, poor white men.

This is what I find so frightening, the internet is filled with people saying that these aren’t the statements of a Nazi and that this ‘group’ have a right to free speech, well, fuck them.

There is no room for Nazism and I am tired arguing with imbeciles. Like the one below. That was a response I managed to muster before I ran headlong off the top of the stairs.

This is a con job. We need to stop buying it.

I can call a Marathon a Snickers now, it’s difficult but I live with it.

But this is a rebranding exercise I am done playing with.

In Much the same way that Windscale became Sellafield to try to hide a troublesome identity, so too with the ‘Alt Right’. The term is a diversionary tool, a label, dreamed up by Spencer and his little cohort of Nazi friends. It’s not a political ideology, it’s just a label, it’s a name, like Walmart or Starbucks, its branding.

It’s a pretty poor branding when the leader of the actual KKK turns up to back you. 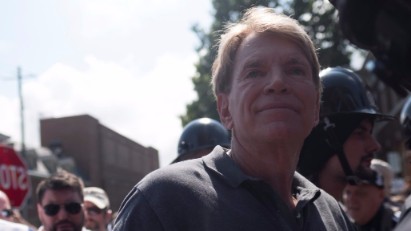 I tend not to use made up labels, especially when people who want you to use it are the ones who design it. They want you to use it to divert you from other things. Like the Swastikas and KKK symbols that were so evident over the weekend. If people use the symbols of Nazism, Swastikas, KKK images and the like, if they dress to project those ideals then that action, by default, makes them Nazi’s and KKK supporters, if not actual members of such organisations. If you march with, behind or carry a Nazi flag or a KKK symbol then you associate with that ideology. 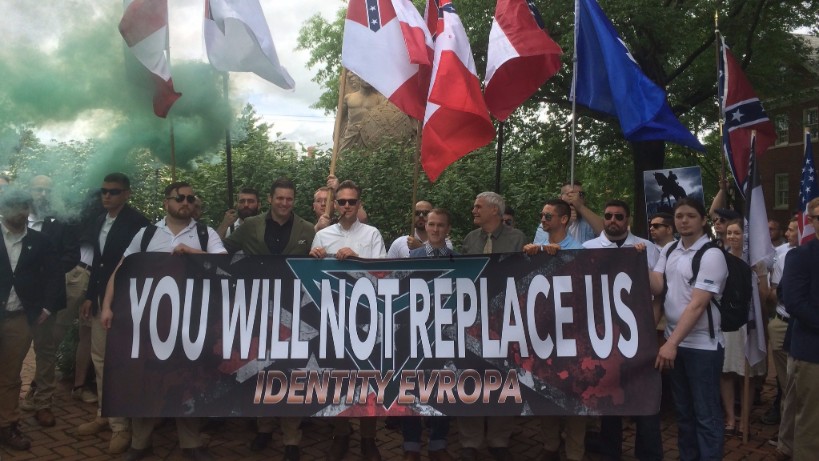 That is vile and offensive to me and to many others, I wager it’s particularly offensive to many Americans who have family members who died fighting Nazism or who had family members swung from trees by the KKK. I suggest we don’t use terms like ‘alt right’ to make those symbols acceptable. It’s a smoke screen.

These people are Nazis, call it what it is. 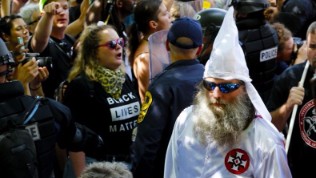 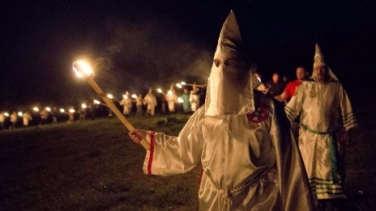 This Nazi has been ‘triggered’ and it’s just too good not to share.

If you want to see how brave he was at Charlotteville, armed like Rambo, watch this.