Words by me, Live Images by Tomas Adam. (Tomas is on Twitter here)

Shows like this can be a tricky proposition, especially for a music site (Getintothis.co.uk) not known for covering rock or metal gigs. On paper, Skid Row in somewhere like Hangar34 reads a little off. But on arrival, we notice a few things of merit. This thing works, lots of big lights, great sound from a huge desk, plenty of room on stage to throw yourself around and the light was good for our photographer Tom, which is always a bonus. We also noted something more alarming.

A complete lack of earplugs. The only scientific answer to our conundrum is beer, really, we’ve checked. So like any good soldiers, we tucked in. Bad Touch have been rocking since 2010. Hailing from Norfolk they are what you might imagine, lots of well-groomed hair that made some of us jealous, some denim, guitar solos, plentiful riffs and loads of oomph. The thing that stands out from the get-go is that these five lads love what they do.

This is proper early 90s southern rock and roll played for fun, though with Skid Rows’ drums set up in the back, it looked like they didn’t have the room they wanted to let loose. There’s a camaraderie among the band that is hard to miss, lots of in-jokes, lots of appreciation for the crowd turning up early and a lot of love for their art. The crowd loved it, sang along when requested and some of them even shook their heads. A little. Many of them were grey, and like us would have struggled with such mane bothering.

Second in line were Toesland, they explode on stage with an energy that is exhausting to watch. They attack their set with a determination you might expect at an MMA bout. This is heavier, louder, vicious, the bass attacks us like something possessed and the speed is set to full tilt. Life is beautiful’starts with a relentless guttural drone, there might not be a shirt sleeve on stage but their hearts are clearly pinned to their arms with nine-inch nails. 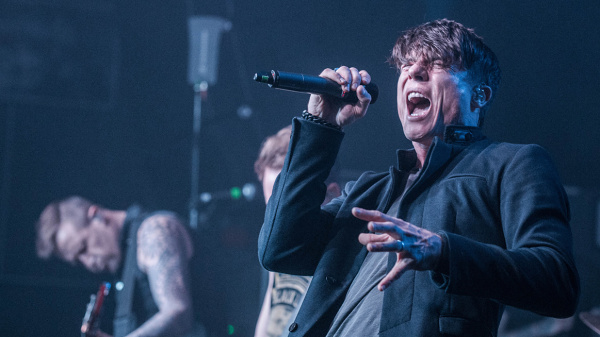 Keys were wheeled in, and while they were a little lost in the mix they were an interesting addition, add in a load of power chords, a thundering bass, some pretty impressive guitar solos and this was pretty much all this crowd needed. As numbers swelled so too did the singing, headbanging and air punching. Not bad at all. And what’s not to like about a set of keys on wheels.

A look around the room would suggest that we would be counted among the lower end of the age group, like many of the punters we are bereft of appropriate headbanging hair. The age group was all over the place, some of these folk likely have grandchildren and a couple of them even brought the kids, complete with ear protectors. (Which at no point we considered borrowing). It makes for a great atmosphere, something that can be missing from shoegazing shows and indie rock. The lack of egos and hipsters made for a refreshing change. There was one bloke in a tweed jacket mind. He confused us.

Skid Row formed in 1986 and over the intervening years have had enough members to field a reasonable footie squad, they’ve released five albums, a host of EPs and a greatest hits collection. They’ve also helped maintain international sales of denim if the crowd is any measure. This isn’t the kind of music we would have playing around the house but when one of the bands from the Granada days makes a return, curiosity gets the better of you. We’re not talking about the Andalusian Granada, though it is beautiful. We’re talking about wasted teenage years riding around in a mint condition Ford Granada 2.8 Ghia with a considerably souped-up sound system. We thought we were the coolest kids in town blasting out Aerosmith, David Lee Roth, Bon Jovi and Skid Row, turned up to 11. It took a long time to figure out we probably weren’t. 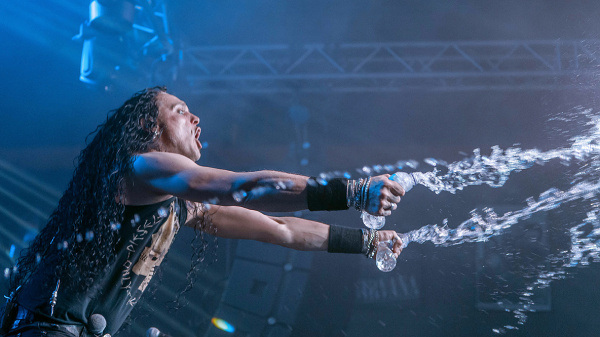 Skid Row are welcomed on stage by The Ramones Hey Ho Lets Go which is hard to hear given the sing-along. The air raid siren stopped that in its tracks and the band get to work without skipping a beat. There is barely time to breathe between songs, by the time they get to 18 and Life the whole room has been transported back to New Jersey, circa 1989. There is a huge amount of love in the room for the SINGER regardless of how new he might be to the fold.

Psycho Therapy is delivered with all the screaming and chanting, the crowd could hope for. The locals are rewarded by the news they were better performers than the Cardiff folk. Brownie points right there. When they slow things down we’re reminded of discos in community halls as 17-year-olds, the paying punters lap it up, the encore seems a little forced but welcome, no one showed any sign of going home at any rate.

For us, the highlight was a disembodied acoustic guitar on a stand. They wrap things up with a thunderous rendition of Youth Gone Wild, it’s well received and the screaming, alongside the dodgy feedback from the Mic, is ear-splitting, but for us, its all a little tepid, making us feel old and out of place. These boys rock hard but very little seems to have changed since 1989.

They play the hits, the crowd sang along, the call and return was perfectly timed, but for all the fist bumping with the front row, it’s hard to escape the fact that there is probably a lot less bourbon and a lot more warm beer and hot water bottles in Best Westerns. 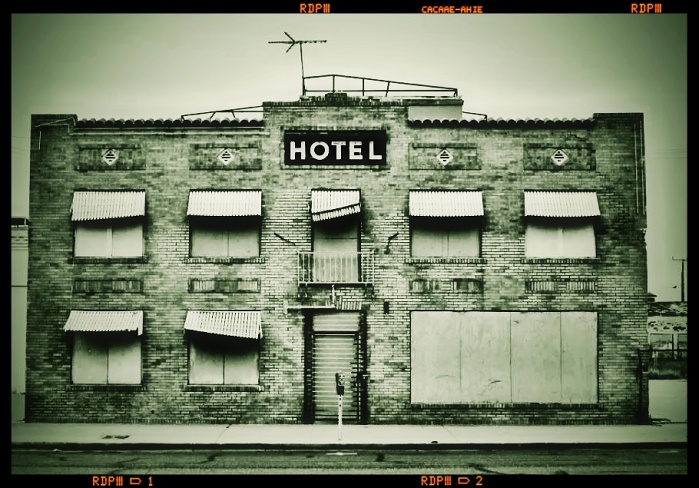