I have been debating whether or not this should be a blog post or a Twitter thread. It turns out I have so much to say it would probably cost me Twitter followers, I fear I may get into triple digits. This is a tale of my time with the wondrous joy that is Sensee.

I’ll start as I mean to go on, I made a mistake, a genuine, heartfelt, good God I shouldn’t have done that mistake. I eventually walked, went back to University, completed a Masters and the world is a different place. Sadly, over a year later, the Sensee fiasco is ongoing.

Really, I quit over a year and a half ago and I am still dealing with their shit.

Some background. Sensee is an outsourced call centre that outsources the call centre bit to employees. Make sense? So, Big Company UK wants a telephone Customer Service line but can’t be arsed actually doing it.

They outsource that work to Sensee.

Sensee outsources the physical call centre bit to its employees. It sells itself as a guaranteed happy place to work, a place with no commute, a place where you get to be your own boss, make up your own hours and be simply amazing.

Having had difficulty securing work that didn’t involve flights back and forward to Belfast, this seemed almost too good to be true.

In reality, you work in what becomes a dreary box at home, not seeing or speaking to other mortals except via a telephone line and you work whatever hours are left after the FAMOUS Sensee online hours’ booking system falls over, which it did most weeks.

If you happen to be on a call when they release hours you ended up working the hours’ no one else wants. So, four hours in the morning, 7am start. Three in the afternoon, say 2pm – 5pm and one from 7pm to 8pm. Enough hours to get to eight but they’ll cost you 13 hours of your day.

These sporadic hours leave you no time to do anything else.
I rarely saw my kids and yet worked at home.

Work-life balances are for wimps.
WIMPS.

Of course, all this is done on what amounts to almost a minimum wage, as one would expect. I say almost because out of that minimum wage you pay for the organisations’ phone bills, line rental, internet, water, heat, light, maintenance and any and all associated costs.

You also supply a telephone and headset system, you supply a separate headset and and mic system for online ‘team meetings’. The crunch, and probably your employers biggest saving, is that you supply all the tech required, a PC with two monitors running at their minimum specifications.

They pay for, well, nothing.

So for confusing working hours and lousy pay, you cover the cost of the organisations’ bricks and mortar offices, you supply the IT support and the full range of IT requirements.

How do you open a call centre for 800+ people and save 100% of physical office costs?

Get your staff to pay!

It seemed like a simple thing back in those heady days.

I was wrong. I started with Sensee on the Photobox contract, thats what attracted me. Let me be brutally honest, there wasn’t one member of staff on that contract that could tell you the difference between a lens cap and an LED screen.

As a job, it was just about passable, a lot of the people who called in, and some of those I worked with, were morons, but mostly, it was ok. We were expecting Zola so I put up with it, I shouldn’t have.

Come Christmastime I was dropped from the Photobox contract and moved to the Daily Mail.

Me, at the Daily Mail.

This is where it starts to get interesting. the Daily Mail account came with a ‘Screen Reader’ that watched employees every move, recording every click, every sweep of the mouse and every big red X.

It would appear right wingers are a suspicious lot.

Loading the programmes required to run the Daily Mail account on my PC was an unmitigated disaster. The change over had to be done between roles, so, over Christmas, between contracts and, yes, you guessed it, unpaid. On one day, again, unpaid as I wasn’t logged in, I ended up staying on the computer for 16 hours to remedy the problems the software was creating.

It was Christmas eve.

I lost Christmas Eve with my family.
Over the Daily Fail.

If you aren’t logged in, who can prove you are there and working?

The pressure this nonsense generated resulted in the purchase of a new PC for many staff moving onto the account, including me, some used credit cards. I used a credit card to pay for a PC for my employer as their programmes changed.  Amazing.  There was obviously no help from our friends at Sensee.

This took place before we knew for sure the Daily Mail Orwellian Screen Reader was the issue, it was the one thing that was crashing everyone’s PCs. I kept a list of who complained about it on the work chat.  It caused absolute havoc while the management blamed everybody and anybody, drew up their own lists and generally ignored when and how the crashes happened.

Because there is almost NO WAY of knowing what a computer is actually doing, you know. And spotting patterns among a group of users and staff is nigh on impossible, right, I know, right?

Around 30 people were paid sporadically for over a month because the Daily Mail wanted to spy on staff.

Basically, the screen reader ate all the RAM, stalled, then crashed the PC and ate your wages for lunch. What joy. I eventually threw in the towel, it turned out that working for a paper described by the United Nations as a vehicle for hate speech was in fact grim. Who knew. I mean really, who knew?

When I tried to remove the programme I was told I didn’t have the authority.
I needed a password, my computer literally said no. 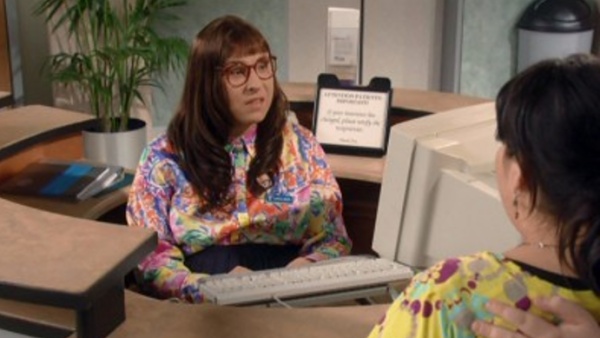 I wanted to make changes to the computer to get it to connect to the interwebs wirelessly, Sensee had disabled wireless access on the PC as they needed hard wired phone lines for their ancient floppy crashy tech.

(I want wireless now, because we can’t have wires with this new floor, can we?)

A piece of tech that Sensee left on my PC said no.
They have basically hijacked my computer.
This thing was connected to the screen reader.

Well. That uninstaller safe mode combo appears to have killed my PC.

Many major high street brands use Sensee for their Customer Service requirements.

Among them, Photobox, the Daily Mail, The RAC, Bupa and more.

Those companies, making millions of pounds, rely on home working and gig economy workers, who save them hundreds of thousands while paying out their employers office costs, being almost continually harassed and underpaid andignored and bothered by organisational failures.

The high spin, “look at us working from home PR” for Sensee is just that, PR.

Their people management is woeful, the control over staff communication is prison like, the idea that staff might ever be able to organise and stand up for themselves is laughable; staff turnover is astronomical, people just disappear, never to be seen again. Their names wiped off the board.

Their working practices are antiquated, many of their partner organisatons and clients are relying widely on free programmes, unreliable tech and an iron fist. This is true.

I wish I was kidding.

All this leaves me in a difficult position, how do I deal with an organisation that has refused to offer any actual support to deal with their foul up and how do I get a computer to behave?  How do I manage something where the organisation at fault has shown very little resolve to fix the issue or deal with the ex-employee.

It looks like I may have to shell out to get this thing fixed, or enter into pitched battle with Sensee to get them to pony up. Time will tell.

It seems than an angry email from an irate Irishman can work.  I’ve had a local IT guy call out, paid by them, the computer is behaving, the nonsense programmes are gone and I’m wireless!